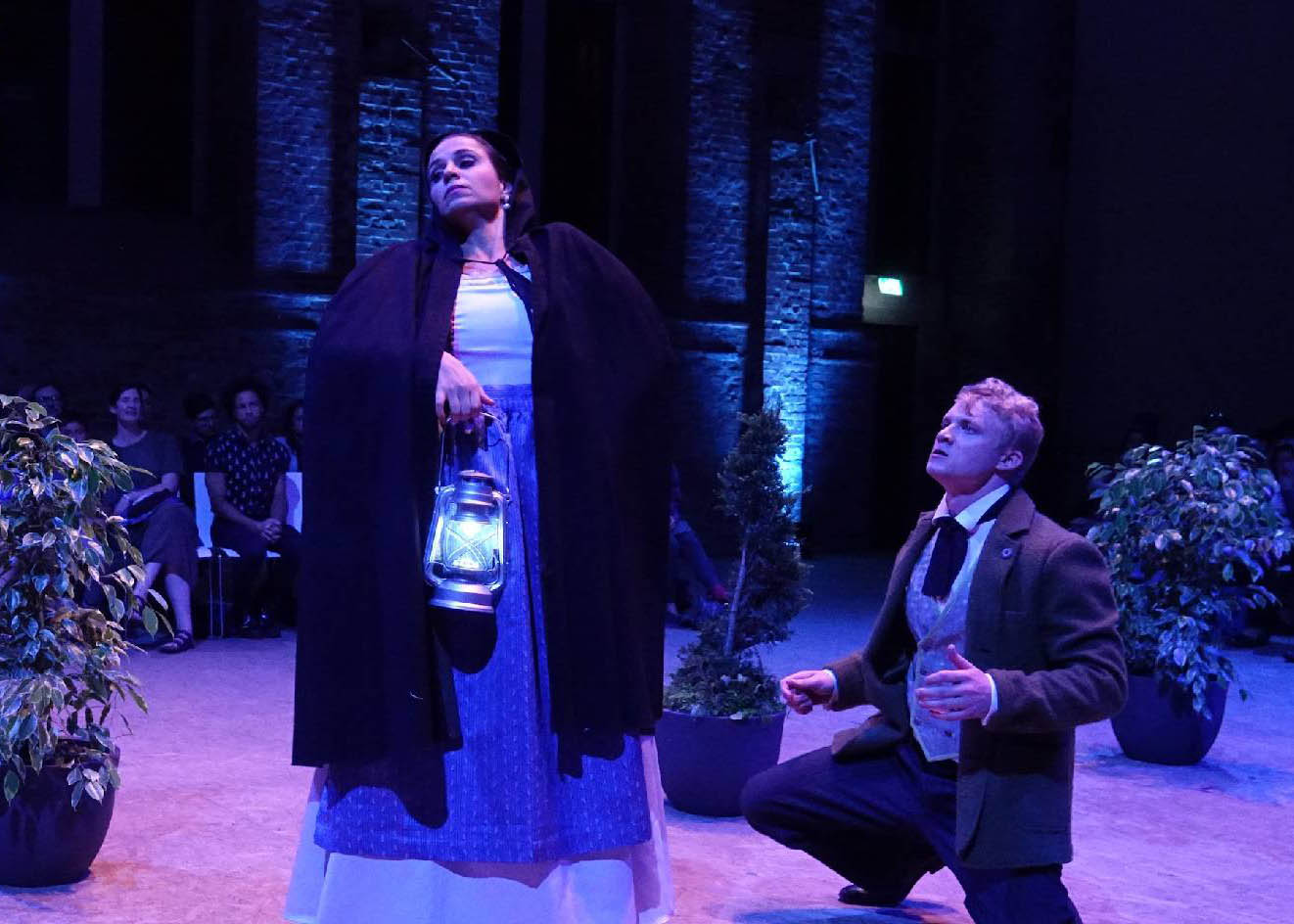 A manor house near Seville, the 1930s. In a storeroom that they have been allocated, Figaro and Susanna, servants to the Count and Countess Almaviva, are preparing for their wedding. Figaro is furious when he learns from his bride that the Count has tried to seduce her. He’s determined to have revenge on his master. Dr. Bartolo appears with his former housekeeper, Marcellina, who is equally determined to marry Figaro. She has a contract: Figaro must marry her or repay the money he borrowed from her. When Marcellina runs into Susanna, the two rivals exchange insults. Susanna returns to her room, and the Count’s young page Cherubino rushes in. Finding Susanna alone, he speaks of his love for all the women in the house, particularly the Countess. When the Count appears, again trying to seduce Susanna, Cherubino hides. The Count then conceals himself when Basilio, the music teacher, approaches. Basilio tells Susanna that everyone knows Cherubino has a crush on the Countess. Outraged, the Count steps forward, but he becomes even more enraged when he discovers Cherubino and realizes that the boy has overheard his attempts to seduce Susanna. He chases Cherubino into the great hall, encountering Figaro, who has assembled the entire household to sing the praises of their master. Put on the spot, the Count is forced to bless the marriage of Figaro and Susanna. To spite them and to silence Cherubino, he orders the boy to join the army without delay. Figaro sarcastically sends Cherubino off into battle.

In her bedroom, Rosina, the Countess, mourns the loss of love in her life. Encouraged by Figaro and Susanna, she agrees to set a trap for her husband: They will send Cherubino, disguised as Susanna, to a rendezvous with the Count that night. At the same time, Figaro will send the Count an anonymous note suggesting that the Countess is having an assignation with another man. Cherubino arrives, and the two women lock the door before dressing him in women’s clothes. When Susanna steps into an adjoining room, the Count knocks and is annoyed to find the door locked. Cherubino hides himself in the dressing room, and the Countess lets her husband in. When there’s a sudden noise from behind the door, the Count is skeptical of his wife’s story that Susanna is in there. Taking his wife with him, he leaves to get tools to force the door. Meanwhile, Susanna, who has reentered the room unseen and observed everything, helps Cherubino escape through the window before taking his place in the dressing room. When the Count and Countess return, both are astonished when Susanna emerges from the room. Figaro arrives to begin the wedding festivities, but the Count questions him about the note he received. Figaro successfully eludes questioning until the gardener, Antonio, bursts in, complaining that someone has jumped from the window. Figaro improvises quickly, feigning a limp and pretending that it was he who jumped. As soon as Antonio leaves, Bartolo, Marcellina, and Basilio appear, putting their case to the Count and holding the contract that obliges Figaro to marry Marcellina. Delighted, the Count declares that Figaro must honor his agreement and that his wedding to Susanna will be postponed.

Later that day in the great hall, Susanna leads on the Count with promises of a rendezvous that night. He is overjoyed but then overhears Susanna conspiring with Figaro. In a rage, he declares that he will have revenge. The Countess, alone, recalls her past happiness. Marcellina, accompanied by a lawyer, Don Curzio, demands that Figaro pay his debt or marry her at once. Figaro replies that he can’t marry without the consent of his parents for whom he’s been searching for years, having been abducted as a baby. When he reveals a birthmark on his arm, Marcellina realizes that he is her long-lost son, fathered by Bartolo. Arriving to see Figaro and Marcellina embracing, Susanna thinks her fiancé has betrayed her, but she is pacified when she learns the truth. The Countess is determined to go through with the conspiracy against her husband, and she and Susanna compose a letter to him confirming the meeting with Susanna that evening in the garden. Cherubino, now dressed as a girl, appears with his sweetheart, Barbarina, the daughter of Antonio. Antonio, who has found Cherubino’s cap, also arrives and reveals the young man. The Count is furious to discover that Cherubino has disobeyed him and is still in the house. Barbarina punctures his anger, explaining that the Count, when he attempted to seduce her, promised her anything she desired. Now, she wants to marry Cherubino, and the Count reluctantly agrees. The household assembles for Figaro and Susanna’s wedding. While dancing with the Count, Susanna hands him the note, sealed with a pin, confirming their tryst that evening.

At night in the garden, Barbarina despairs that she has lost the pin the Count has asked her to take back to Susanna as a sign that he’s received her letter. When Figaro and Marcellina appear, Barbarina tells them about the planned rendezvous between the Count and Susanna. Thinking that his bride is unfaithful, Figaro curses all women. He hides when Susanna and the Countess arrive, dressed in each other’s clothes. Alone, Susanna sings of love. She knows that Figaro is listening and enjoys making him think that she’s about to betray him with the Count. She then conceals herself—in time to see Cherubino try to seduce the disguised Countess. When the Count arrives looking for Susanna, he chases the boy away. Figaro, by now realizing what is going on, joins in the joke and declares his passion for Susanna in her Countess disguise. The Count returns to discover Figaro with his wife, or so he thinks, and explodes with rage. At that moment, the real Countess steps forward and reveals her identity. Ashamed, the Count asks her pardon. Ultimately, she forgives him, and the entire household celebrates the day’s happy ending.