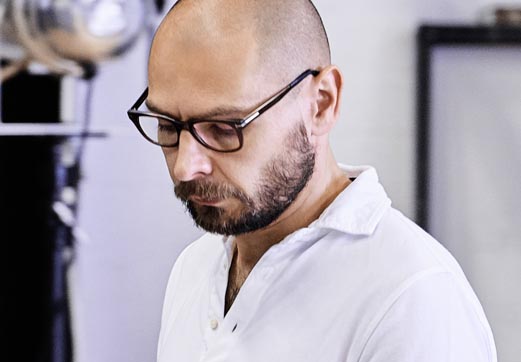 Marcin has been linked to the operatic world for 34 years and it has been 18 years since he started working in this field. Introduced at a very early age to the theatre in Łódź by his mother, who worked in the scenery department, Marcin made his first stage appearance there aged sixteen. Today he cannot imagine his life without music, the theatre and the extraordinary world of opera. It is particularly close to him also because of his education.

He holds a degree in Film and Audiovisual Arts from the Institute of Theory of Literature, Theatre, and Audio-Visual Arts at the University of Łódź and a degree in Set Design from the Academy of Fine Arts in Bologna, Italy. He has worked as Assistant Director on numerous opera, drama and film productions in his native Poland and Germany, Italy, Denmark, Austria, South Africa, Ireland, and Argentine. He has directed productions of Lloyd Webber’s Evita and Bizet’s Carmen, both open-air productions for Star Entertainment, Berlin. After having been awarded John Small Bursary by the Wexford Festival Opera to help further his career, Marcin has directed Menotti’s The Old Maid and the Thief in Wexford in 2008.

In 2006 he was appointed Manager of Arturo Toscanini Orchestra in Parma, Italy. He held the post up until 2011 when he worked for the very first time with Graham Vick on Mosè in Egitto during the Rossini Opera Festival in Pesaro. It was Graham Vick, who encouraged him to quit the Orchestra and to concentrate on fulfilling his career aspirations and his true passion for opera. Marcin regularly cooperates with Teatro alla Scala and Rossini Opera Festival.

Starting with the 2016/17 season, Marcin Łakomicki has been working regularly at the , both supervising new productions such as Puccini’s “Manon Lescaut”, Strauss’s “Die Frau ohne Schatten”, and directing revivals of “La Traviata”, “La Bohème”, “Madama Butterfly”.